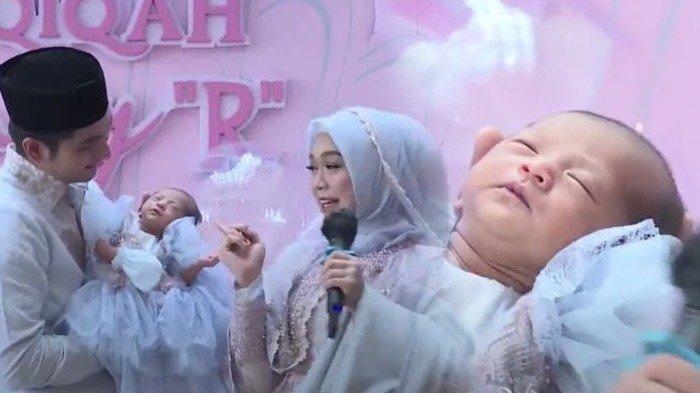 caramesin.com-After hiding the face and name of their first daughter, Ria Ricis and Teuku Ryan have finally revealed baby R’s face to the public.

This was revealed by Ria Ricis and Teuku Ryan in a series of aqiqah activities held recently.

Unfortunately, there was an incident in the case that could have caused a public uproar.

The incident even left baby R red-faced in tears.

While holding the baby, Ria Ricis and Teuku Ryan revealed the name of their first child.

Until then, the event continued by revealing the beautiful face of the princess to the guests.

However, there was an incident that outraged visitors and netizens who watched the video.

This is because the head of the child, commonly referred to as Baby Moana, shook when Teuku Ryan held her. Surprised baby Moana, who was calm, suddenly cried hysterically.

“Oh god be careful sir why don’t you practice carrying,” said another netizen